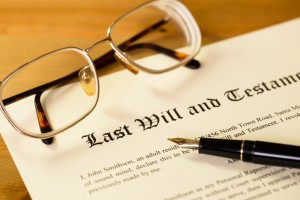 Calculation of interest on late payment of legacies changed.

The Estates Powers and Trusts Law (EPTL) has been amended to change that way interest on late payments of bequests is calculated.  For years interest on a late payment was set at the “statutory rate” of 9%, a great deal in these times of under one percent savings yields. Recognizing that disparity, the interest is now set annually as the highest of the Federal Funds Rate, as set by the Federal Reserve Board on January 1st of each year, less one percent, but not less than 1/2%.

This change gives fiduciaries (Executors, Administrators and Trustees) a significant burden in calculating the interest, but diminishes significantly their exposure for payment in the event of a surcharge (that’s when the Surrogate Judge says the fiduciary must pay personally, not out of estate funds).

The fiduciary still is obligated to distribute bequests within 7 months but unexplained failure to do so will not have the financial jeopardy it had in the past.